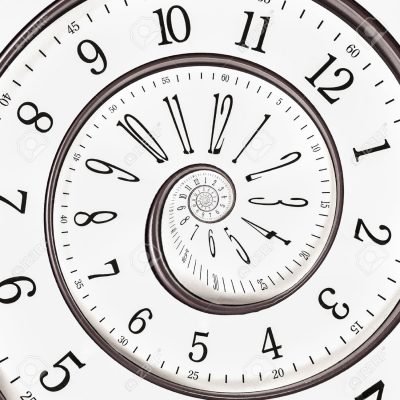 5 years ago I made the decision to become a watchmaker.

It was a completely unexpected result of searching for a new career, and it has been a very interesting journey. I’ve written about the story of becoming a watchmaker here.

Anyway, some news. Firstly I’m writing articles again now after an extended break. The main reason for the hiatus was that I was still studying for the final part of my BHI exams in 2015. That has now finished – as I will explain later – and so I have more free time.

Writing articles for this website can take a very long time; sometimes in excess of 40 hours per piece. From a purely selfish point of view there has been no real benefit to the site for me; it’s not helped me find work or otherwise made any money, and in fact there have been some very negative effects from putting things into the public domain. But it has offered me the opportunity to help encourage people into the industry, and it is also acts as a journal of my career – and it can be very nice to look back on how different life was, even just a few years ago.

Some weeks I have half a dozen people write to ask advice. If I’m busy I can take a week or so to reply, but I do always reply. I’d say more than half of the people don’t write to say thank-you afterwards, even although many of the replies can take me quite a while to put together; particularly if there’s research involved. It’s a bit frustrating, but as with writing articles, I don’t do it for personal reward but rather will gain satisfaction from the occasional time someone decides to make the same bold step I took those 5 years ago.

I also was featured in the December 2015 Horological Journal, which was really nice. It was part of a feature about students that won awards.

Below is the text from the article:

“I returned to the UK in 2010, after having spent the past 8 years in China and decided that I needed to choose a career and specialise in something. I went to the local library and looked at books on absolutely everything; from landscape gardening, to being a doctor, even a masseuse. One of the books I was left with was about watch repair. It hadn’t even occurred to me that this could be a job, perhaps because I’d never owned a watch worth repairing. But the more I looked into it; learning about the history, the characters, the innovation and the craft of watchmaking, the more I was drawn in, and the more it felt as if this was something that suited my character and skills. Sometimes I still think about my other life as a masseur though!”

What has been the best part of your continued education at the BHI?

“Learning what you can achieve, and that you can always surprise yourself. In my whole life I’d never made anything with my hands before and so turning what looks like pieces of scrap metal into useful tools feels like you have magical powers! Every day at work I use at least half a dozen items that I’ve crafted by hand, and although I can still gaze in wonder at what others can create, I now have the confidence to say that given enough time – I could make that too. Such a change from just a few years ago where everything would have looked impossible, and only achievable by someone far more gifted than I could ever hope to be.”

What advice do you have for prospective horology students or people wanting to learn more about horology?

“Realise that it starts as a level playing field, and that no-one has “natural” talent. What may seem as someone being gifted is the result of a whole lot of passion, dedication, commitment and hard work. If you want to make watches like George Daniels did, then the only thing stopping you, is you. It is no coincidence that the most successful people in horology are also the hardest working. Also, be aware that watchmaking is a tiny industry and watchmakers love to gossip, which means reputations can grow and shatter very quickly. So be nice!”

What are your hopes and dreams for your future in the world of horology?

“I know that I will never stop learning, and it is very exciting to think about the future. Beyond finishing the additional modules to get my FBHI title, I aim to create my own watch. I have started and made some progress already, and hopefully I can use that as a starting block to work towards making a small contribution to the British watchmaking industry. It was one of the original appeals of watchmaking, that one person can make a real difference, and I think it is still true. Work hard, aim high and who knows?”

Finally, in July I’ll have my first apprentice to train which I am very enthused about. Being able to pass on what I’ve learnt is one of the most rewarding parts of any job. Let’s hope that it goes really well and there are many more talented young people to follow.