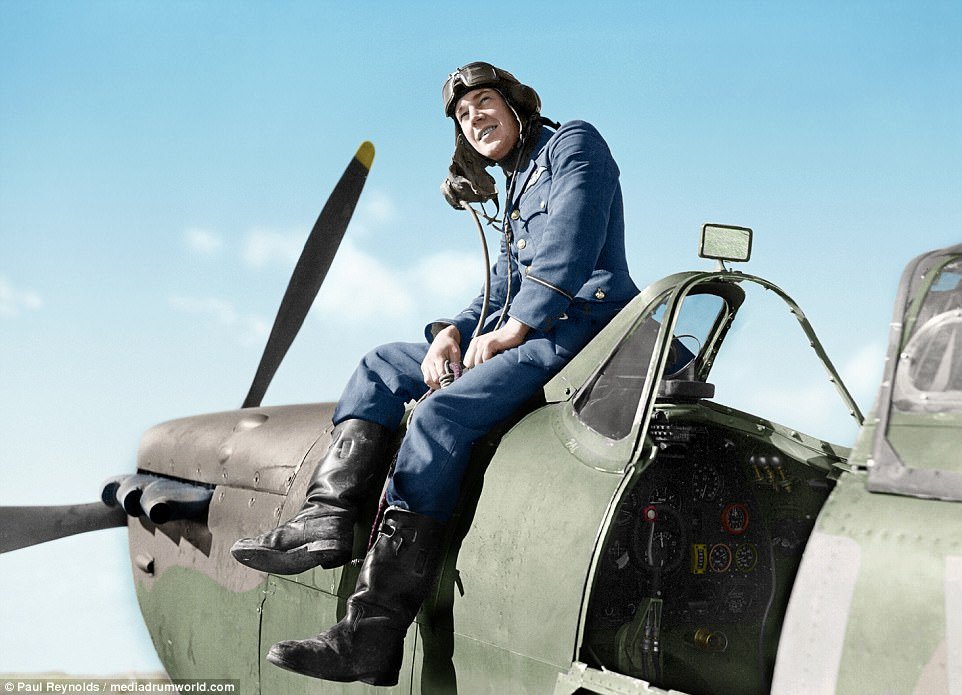 In this Sortie, we’ll see what it took to be a Spitfire pilot (one of “The Few”) and how modern Spitfire pilots compare. We’ll see how they used their watches. Then take a look at one of the new technologies that is being used in watchmaking.

If you missed the last Sortie, you can see that here.

During the Battle of Britain, The Few, just 3,000 RAF Fighter-Command pilots defended Britain. With an average age of only 20, over the 16-week campaign one in six (544) lost their lives. The Hurricanes and Spitfires however scored 3,500 German aircrew losses (killed, missing or captured). Nearly 200 of The Few were credited with becoming an Ace – with five or more confirmed aircraft kills.

The Character of a Spitfire Pilot

Although many people dreamed of flying a Spitfire, few were able to achieve that goal. To be a pilot of a Spitfire you needed not only bravery, daring and the right physical capabilities, but also other characteristics and skills including:

Academic ability – you needed to understand advanced maths, physics and technical information; you had to know how your plane works

Spatial awareness – able to coordinate yourself in a 3-dimensional environment

Training to become a pilot of any aircraft takes a lot of commitment and time. Today the captain of a commercial 747 plane has likely been a pilot for at least 10 years and gained 5,000 flight hours of experience.

During the Second World War, the desperation of the situation meant that pilots were often sent into the air with almost no combat training. In 1941 a Spitfire pilot could have had as little as six months of training and 150 flight hours before being sent up to face off against the Luftwaffe’s finest. The results were, unfortunately, often predictable.

In some cases pilots were assigned to Spitfire squadrons having never even sat in one of the planes before; relying on their colleagues to explain the controls and having a quick solo flight before being sent on a combat sortie.

By 1944, the training time had been increased. Most new pilots had received 18 months to two years of training and gained 200-320 flight hours of experience before they flew their first combat mission.

Training to be a modern Spitfire pilot is easier now than during the Second World War. This is due to a more advanced understanding of subjects such as aerodynamics and aeronautics, as well as the development of the two-seater Spitfire variant; which allows trainee pilots to fly in a dual controlled aircraft with an experienced pilot.

So with the right opportunity and motivation, in theory, you could train to fly a Spitfire within six months. However the reality is that due to the cost of buying and restoring a Spitfire averaging around £3 million, for both insurance and practical purposes modern pilots are selected from the top pool of available talent – often being flight instructors themselves – with there being no shortage of candidates eager to put themselves forwards.

How a Spitfire Pilot used their Watch

A Spitfire came equipped with a clock as standard. It was usually fitted with an second set of false hands that could be turned by a central screw to record a set period of time – in the same way as a bezel is used (as we talked about in the last Sortie).

The dial was black and the hands and alternate numerals were painted with a radioactive compound that glowed – making it visible at night.

The pilots also wore wristwatches. Most of the examples did not have luminous paint, making them suitable for daylight missions only. Like the clock, the watches were used to keep track of periods of time to allow the pilots to navigate and remind them of their mission time and when to return to base.

In the event that the pilot had to evacuate their aircraft in enemy territory, their watch, along with a compass and escape map, would aid them in their efforts to evade capture.

The final version of “The Few” will be handmade, however when creating a prototype the relatively new technology of 3D printing can be utilised to help refine the design.

A 3D printer works by melting a material, usually resin or a metal, and building the object up in layers, so that it is created from the bottom up – in a similar way to how a potter uses coils of clay.

It is only within the last decade that is has become a practical part of engineering, as the cost has been reduced and the accuracy increased.

There are limitations however and the accuracy and finish is currently not sufficient for a watch, however it remains an invaluable tool in rapid prototyping.

The value can be demonstrated in that, in discussion with modern Spitfire pilots, we decided to make the case size 40mm. Their input is invaluable as they will be wearing the watch as they pilot the aircraft.

For reference 40mm is the same as a Rolex Submariner.

Next Sortie… We’ll learn about some of the manufacturing decisions that have gone into creating “The Few”, what it takes to make it “Made in Great Britain” and then see an incredible real life story of a watch being used to navigate.