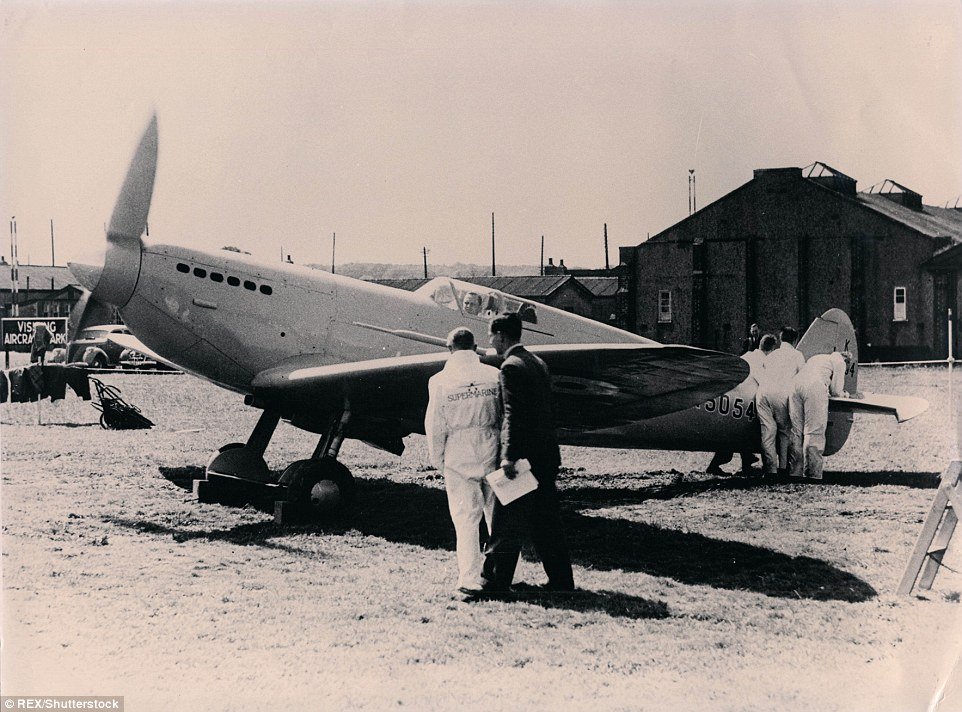 Sortie 5 – Birth of the Spitfire

In this Sortie, we’re going to take a look at how the Spitfire came to life and the man that worked tirelessly to make his dream a reality.

If you missed the last Sortie about the challenges of making a watch in Great Britain, you can read that here.

On 5th March 1936 at Eastleigh Airport, a small and unpainted single seater aircraft, serial number K5054, was wheeled out of a hangar.

An experienced test pilot, Joseph “Mutt” Summers took a seat in the aircraft, started the engine, taxied the plane to the runway and took off. To begin with, he performed some gentle, then slightly more adventurous turns and banks, before bringing the aircraft back down on the runway.

“I don’t want anything touched!” he exclaimed as he climbed out of the cockpit.

Reginald Joseph Mitchell had joined Supermarine at the age of 21. As a result of his extraordinary talents, by the age of only 25, he had been promoted to the position of Chief Engineer.

Throughout the 1920s Supermarine concentrated on creating a successful series of float planes. In 1931 Mitchell’s latest model had broken the World Speed Record, reaching 400mph. This achievement caught the attention of the Air Ministry. In August that year, Supermarine were tasked with creating a new fighter plane as part of a competition of 8 companies.

The requirements were cutting edge at the time; a top speed of 195mph, a service ceiling of at least 28,000ft and able to reach a height of 15,000ft in 8.5 minutes. It also had to be equipped with 4 machine guns, a radio and oxygen for the pilot.

Mitchell came up with a novel design, Type 224, but ultimately it did not win the prize. His low winged monoplane was too low powered, and instead a biplane won the contract; going on to be the famous Gloster Gladiator.

Undeterred, in 1934 Mitchell applied to work on the Air Ministry’s next specification. With a clear vision about what his previous design was lacking, he approached Rolls Royce. They were working on a brand new engine design, a V12 liquid cooled powerhouse.

It was still in early development, but already prototypes were producing almost 1,000bhp. Mitchell’s engineering genius could see the potential and he knew this was the motor for his new plane.

When the engine was delivered, Rolls Royce had named it after a bird of prey, the Merlin.

Over the next 2 years Mitchell worked night and day.

The fighter had now been named the Spitfire, after the nickname of the Supermarine Chairman’s daughter – a name Mitchell called “bloody silly”.

The wing design evolved into its iconic elliptical shape, the undercarriage was made retractable and the compliment of machine guns went up to 8.

Mitchell and the Supermarine team’s efforts paid off. In 1936 the K5054 prototype was delivered for its test flight with “Mutt”. The specifications were impressive; the maximum speed was 349mph, the service ceiling was 35,400ft and it could reach 20,000ft in 8 minutes and 20 seconds.

Before the report of the test flight was even written up, the Air Ministry had been so impressed that they immediately ordered 310 of the aircraft. By early 1939 over 2,000 Spitfires had been ordered, making it one of the largest contracts in RAF history. A new factory was built for the purpose at Castle Bromwich.

However amidst the success, tragedy struck. In 1937, before mass-production of the Spitfire had started, R J Mitchell succumbed to cancer. He had been battling the disease for the past few years; even as he was putting the finishing touches to his masterpiece. Then, just 3 days after the war in Europe broke out, the original Spitfire prototype, K5054, fatally crashed.

Thankfully these unfortunate events did not mark the beginning of a tragic story, but rather the start of an heroic one. The Mk1 Spitfire was about to be given the ultimate test – the Battle of Britain.

Work on “The Few”, the watch that will be built from one of these iconic aircraft, continues.

If you are interested in owning one of these watches, I have opened up a reserve list.

The initial waiting list is already full; the invitation was sent in August to those that subscribe to the newsletter, and the initial batch of watches were all reserved within 10 minutes!

Once the watch is available for pre-sale, then those on the waiting list will have the first preview and will be able to place an order for one of “The Few”. Then I will contact those on the reserve list.

The watches will all be strictly offered on a first-come-first-served basis.

The number of watches that I will be able to make will be very limited. This is due to both the time involved in making each one; and also the diminishing availability of original material from the Spitfire.

Please email me at [email protected] to register your interest.

Next Sortie… We’ll take a look at the Spitfire’s development as it is tested in action during Dunkirk. Then look at the Battle of Britain and how it fared against the Luftwaffe’s finest.