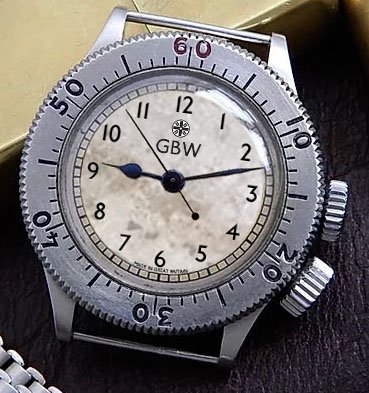 The Last of the Few

Sadly earlier this year one of the last few remaining veterans of the Battle of Britain died. This leaves just one pilots surviving; Flying Officer John Hemingway aged 100 years old.

Just like these legendary pilots, the Spitfires that are airworthy are also very few in number.

They really are the last of The Few.

Both the pilots and the Spitfires are rightly revered around the world. Thankfully there are people dedicated to restoring and flying these aircraft so that future generations can share in their magnificence. I am pleased to say that my cousin, who is already a respected flight instructor, is now training to fly these icons of the sky.

Once he passes his final flight tests he will be the only Spitfire pilot in northern Britain; taking enthusiasts out for flights in renovated Spitfire planes. Ensuring that future generations remember what happened over the skies of Britain and Europe.

It is important that we never forget the sacrifice and the splendour of the pilots and their magnificent machines.

As part of the restoration work from single to two seater, some of the original plane cannot be reused.

This has presented a once in a lifetime opportunity for original parts from these historical Spitfires to be preserved forever, by being built into a unique series of watches.

These watches are authentic, beautiful and respectful to the legacy of the world’s most famous and iconic aircraft.

Introducing the Spitfire Watch “The Few”

The original plan for a watch started back in October 2019.

Since then I have been researching and designing the watch, as well as trying to use the materials we have in as authentic and sympathetic manner as possible.

The dial, hands and crown will all be constructed from original Spitfire parts. The idea being that the hands and crown are the most visual parts of the watch, and as you wind the crown you are connected directly to history; touching a part of a plane that battled heroically and watch the hands sweep across the dial like the Spitfires swept valiantly across the skies of Britain and Europe.

The case and strap will also be manufactured by myself in Cheshire; making the watch as British as the original Spitfire.

The working name for the watch is “The Few”, in honour of the name given by Winston Churchill to those few pilots who saved Britain during her darkest and finest hour. It also represents the few remaining Spitfires that in left and the limited number of watches that will be created to celebrate the heroic pilots and their iconic aircraft.

The Spitfire, an MK IX variant, is one of the last to be restored with an active combat history. It represents one of the final opportunities for original untouched WW2 Spitfire parts to be available.

The full details of the aeroplane are still being closely guarded. As the story progresses we will share the thrilling details with you and you can learn about the fascinating history of this Spitfire; from its beginnings in the factory, to the trials, combat missions, and its recovery and restoration.

For those who want an experience as close to the original Spitfire pilots as possible, there will be an opportunity to fly in the restored WW2 Spitfire, while wearing a Spitfire watch made from the same aeroplane. An incredibly unique and exciting experience.

Some of the money from the sale of these watches will go towards the restoration and upkeep of the Spitfire, ensuring that it remains airworthy and able to be enjoyed by future generations.

The Design of the Spitfire Watch

The design of the Spitfire watch will be based on the original watch that Spitfire pilots wore during the Battle of Britain; the Omega CK2129, also known as the Weems watch.

If you’ve seen the film Dunkirk then you may recognise the watch. Tom Hardy’s character wears the model and frequently uses it to check how much fuel he has remaining.

Whilst a tribute to the original watch, this model will have some modern updates. These include a larger size, automatic winding, non-reflective sapphire glass, an anti-magnetic shield and water resistance.

The case will be made from high-grade surgical steel sourced from Sheffield – the historic home of steel production in the UK – and machined in Cheshire.

Although the watch design is based on what WW2 era Spitfire pilots wore, it is also practical enough that modern pilots – including modern Spitfire pilots – can wear them as part of their uniform. Modern pilots still have a legal requirement to wear a watch in case of instrument failure.

You will notice that the watch has a second crown at 4 o’clock; this is an incredibly special feature of the original watch and one that I will be replicating. Due to the unique design, this has meant that the whole watch case has had to be designed from scratch. I will discuss the watch’s history and function in a later post.

The watch will have a very limited availability and once it is sold out, it will be gone forever. However, the spirit of the Spitfire will live on, on the wrists of those who wear them.

Register your interest in the Spitfire watch and receive exclusive progress updates. You will also be invited to the official launch where you will get to meet the watch, the Spitfire, the pilot and myself.

If you are interested in owning one of these watches, I have opened up a reserve list.

The initial waiting list is already full; the invitation was sent in August to those that subscribe to the newsletter, and the initial batch of watches were all reserved within 10 minutes!

Once the watch is available for pre-sale, then those on the waiting list will have the first preview and will be able to place an order for one of “The Few”. Then I will contact those on the reserve list.

The watches will all be strictly offered on a first-come-first-served basis.

The number of watches that I will be able to make will be very limited. This is due to both the time involved in making each one; and also the diminishing availability of original material from the Spitfire.

Please email me at colin@gbwatch.co.uk to register your interest.