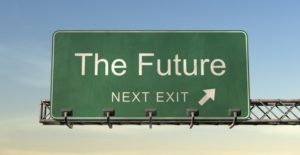 I came into watchmaking almost out of nowhere.

At the end of 2010 I had returned to the UK from an 8 year stretch in China. While there I had spent most of that time running my own business selling oil paintings to overseas markets. I thought upon returning home that I would have potential employers trying to bite my arm off. I could speak Chinese, had a firm understanding of running a business and doing business in China. In the end I made over 250 job applications in 3 months, phoning people, walking into businesses, joining networking groups, going to events – almost everything I could think of. The end result was despite people’s enthusiasm, I ended up with about a 10% reply rate and just 2 interviews.

The problem it seemed was that there was a lot of round holes out there, and I was a square peg. I had a lot of good experience but I wasn’t specialised enough for companies living through the recession for them to, in their mind, take a punt on me.

It was soul destroying to put in effort, passion and enthusiasm and get nothing in return. I couldn’t keep applying for jobs with no end in sight. I needed to take control of the situation. The solution I decided was that I needed to become specialised. But in what?

It was 2 weeks until my 32nd birthday, and I made the decision that in those 2 weeks I would decide what I wanted to do for the rest of my life. 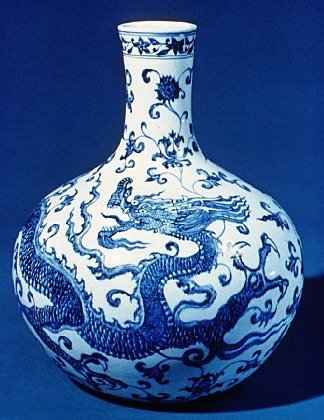 So I headed to the library and got out every book I could find on every subject. My arms were about 5 inches longer by the time I’d carried those books home, and I poured over the material. After about a week I was left with 2 possible industries that excited me. One was antiques, the other was watches.

My initial thought was that antiques would be the best place for me. My Chinese knowledge could lead me to become specialised in a specific area, and I knew that the enthusiasm of the Chinese for buying their antiques back from abroad was growing exponentially. The problem was that it was a traders market, with the experts black book their most important tool. There also didn’t seem to be a particularly professional and direct way to get into the business.

Watches on the other hand, didn’t immediately use as much of my background, however there seemed to be 5 routes for me to get into the industry:

I quickly learnt that you can’t get a job in watchmaking, even if it’s just replacing batteries, without either experience or training, so that was number 1 out.

I contacted about half a dozen established watch repairers asking about apprenticeships. The answer was always the same; “When I was young it was brilliant and we could get apprenticeships easily. But I can’t take anyone on at the minute”. What I later learned is that due to health and safety regulation and other road blocks the UK is a horrible environment for small companies to take apprentices on. What their reply actually meant was that the idea of apprentices excited them, but it’s just not worth their time, money or risk to do so. So number 2 was out.

An old school friend happened to be a watchmaker. He had studied the BHI course himself at home, and recommended this route, as the BSOW was too difficult to get into and living costs would make going to Birmingham an expensive proposition. I had no background in watchmaking, I had no tools, I didn’t even know what tools I wanted. So for me the idea of being able to pass my exams, certainly in the first year, would have been impossible. My friend’s dad was a watch repairer, and so he had an immediate advantage over me as there was someone at hand who could offer advice. My father was a food technician for a bakery, and so I couldn’t enjoy the same support. Doing this course all on my lonesome seemed to me to be a last resort. Only if I couldn’t get into Manchester or Birmingham would I consider this.

That just left full-time study on the BHI or WOSTEP courses, but which to choose?